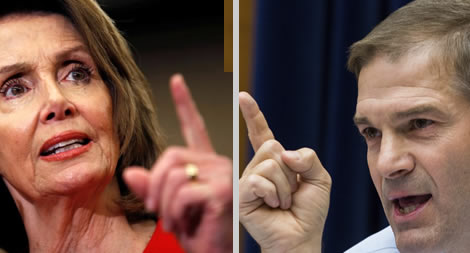 If you want to Bet on Speaker of the House, you’ve come to the right place.  The 2018 election will only set the stage for what could be an epic battle for Speaker of The House of Representatives.  No matter which party controls the house, a new Speaker will be named.  Betting houses all over the world are setting odds on who will be the next speaker, and we’ll give you a lot of options to consider

Current Speaker Paul Ryan has announced his impending retirement from the people’s house at the beginning of 2019.  That means that even if the Republicans maintain control, they’ll still have to choose a new leader.  Jim Jordan, Steve Scalise and Kevin McCarthy  are all vying for the job that could potentially put them 3rd in line to the Presidency, but only one will win.  What are each of their chances? First, let’s take a look at the bookmaker’s odds.

Which Republican Will You Bet On Speaker Of The House in 2018?

Jordan is the favorite, because if the G.O.P. retains control of the house, it will be in large part, the result of President Trump’s base.  Rep Jordan has close ties with what was once called the Tea Party wing of the party, and that wing will control the Party.  Jordan has the best chance of gaining the post. 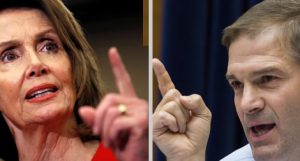 Of course, Kevin McCarthy is a powerful player in Washington that could possibly get an endorsement from The President.  Since the party is Trump’s now, there’s a chance the members would fall in line and support the current Majority Leader.

Finally, Steve Scalise could end up as speaker, if the party splits on McCarthy and Jordan, and compromises on Scalise.  Scalise has enough political capital to come off as a peace-maker in the party, and if tempers flare during the nominating process, he might be inserted to cool heads.

Should You Choose a Democrat to Win Speaker Of The House?

Before we see a no-holds-barred 3-way battle Royale in The G.O.P., the party has to hold off a blue wave.  Bovada gives the Republican Party a 35% (+180) chance of keeping control, and a 72% (-260) chance of taking over the lower-house of government.

That’s why the props for New Speaker show a 61% (-170) chance that the former Speaker, Nancy Pelosi, will control the gavel again.  In fact, her closest Democratic competitor, James Clyburn is given an only 20 to 1 (+2000) odds of becoming Speaker in 2019. With a potential payout of $2,000 on every $100 wagered, Clyburn is the long-shot. Even the remaining Democratic field has better odds (+500).

Your Best Bet On Speaker Of The House Is At Bovada

Bovada is our #1 recommended partner for Political Betting.  Bovada welcomes US players.  They accept credit cards.  Bovada is a 100% fully safe and legitimate sportsbook that will pay-out when they’re supposed to.

Bet now with the best betting odds on the 2018 Speaker Of The House Race – Get a bonus here.