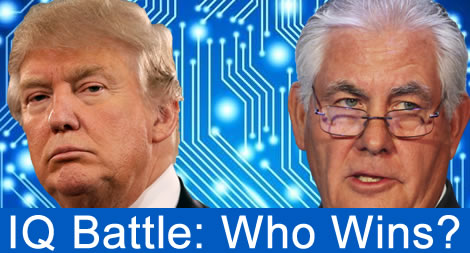 This week The President Of The United States, Donald Trump, practically challenged his Secretary of State, Rex Tillerson to an IQ Test. Despite a draw-back later in the week, it made me wonder; Would Trump or Tillerson score higher on an IQ test?

Bovada Sports Book currently has set the odds at -120 (5/6) that Rex Tillerson would score higher on an IQ test.  Check out the latest odds and even place a wager at Bovada

Put Your Money Where Your Clicker Is – Political Betting

Donald Trump’s IQ has been the subject of much banter, much of it by the Commander in Chief himself.  He’s publicly stated that he thought his IQ was higher than Previous Presidents Barack Obama and George W. Bush.

Secretary Tillerson, on the other hand, has never made any reference to his IQ.  Neither have made any test results public, so how will we ever know who’d score higher on a IQ test.

Of course, we can look at other data that could arguably be used to identify whether Donald Trump or Rex Tillerson would score higher on an IQ test.

Here’s a brief sample of interview transcripts, both taken in 2008, before either man was working with the government. 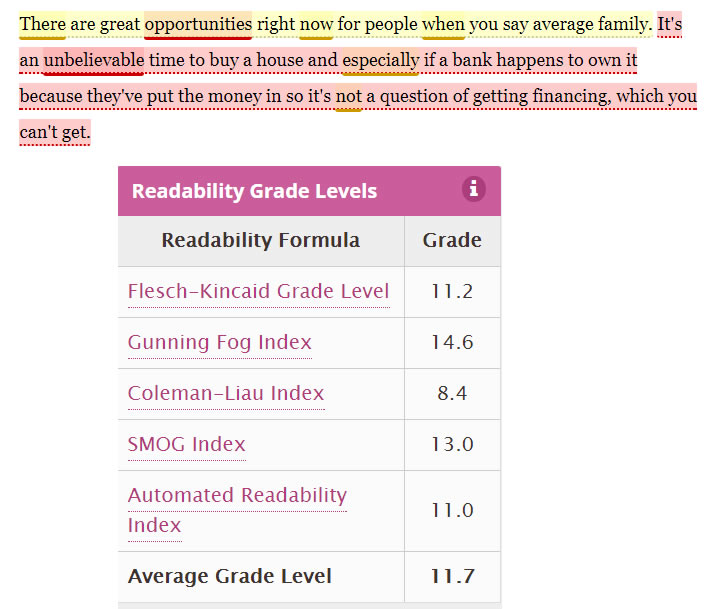 Compare this to an interview Rex Tillerson gave with ABC News, also in 2008. 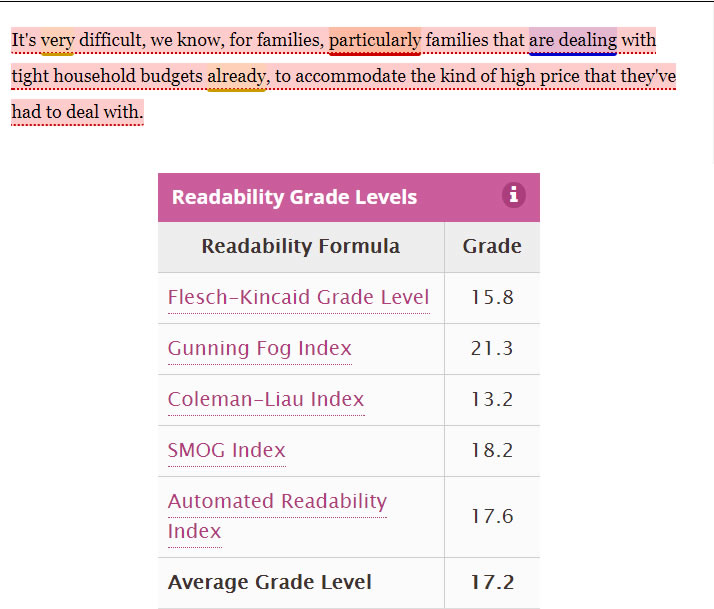 To be fair, it’s hard to condense someone’s speaking style into a couple of sentences and judge his vocabulary on that, but I’ve heard both of them speak extensively, and I think this is a good representation of their speaking style.

Trump, as he famously braggs is a graduate of the Wharton School Of Finance, at Penn U, whereas Tillerson graduated from the University Of Texas with a degree in civil engineering. As Penn is an Ivy League school, Trump takes this round.

Net Worth: Trump Takes The Win

Many people will argue that Net worth isn’t a sign of a high IQ, considering Donald Trump started with at least a couple million more dollars than Rex Tillerson did.  When you’re comparing Trump and Tillerson’s IQ, we have to use all the data we have.  Bankrate lists Tillerson’s net worth at a little over $300 Million.  While I know I’d love to be worth that, his Net worth pales in comparison to President Donald Trump.  Although different sources give us different numbers, most agree Trump’s net worth is over $1 Billion, more than 3 times Tillerson’s estate.

Of course, there’s no way to truly find someone’s IQ with so little data, so of course this was just a fun exercise.  I doubt we’ll never know whether Donald Trump or Rex Tillerson has the highest IQ.