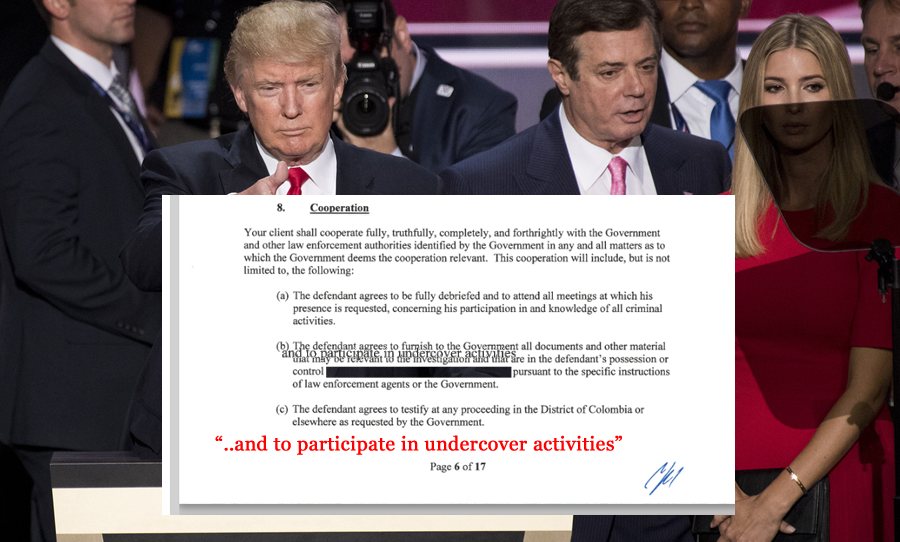 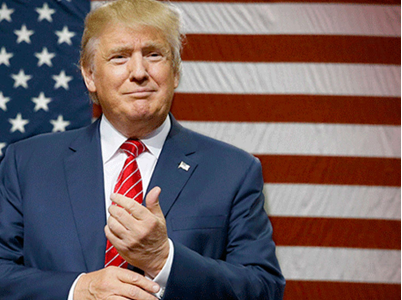 News broke this week that Special Council Robert Mueller’s team was withdrawing from a plea deal they had reached with former Campaign Manager Paul Manafort. They are accusing Manafort of lying to investigators and siphoning information to the Trump legal team, with whom they previously had a mutual defense agreement.  The Special Council is accusing Manafort and his attorneys of passing on information they got from Federal Prosecutors.

This struck me as interesting in ways you might not think.  The revelations that Mueller’s team made this week have convinced me that Paul Manafort is an undercover agent for Robert Mueller.  I’m not  some conspiracy theorist that thinks lizard people are controlling our government.  I’m basing my theory on some previously overlooked information that all points to one thing. The Special Council may have just convinced President Donald Trump to lie on his written answers to Mueller and his team.

As crazy as it sounds, the courtroom drama involving Manafort this week may have been a total ruse.  If it was, President Trump may be in big trouble.  Before I lay out the theory further, lets take a look at the evidence

Manafort Has Already Agreed To Be An Undercover Agent.

In Paul Manafort’s September Plea, Manafort agreed to work with The Special Council ““..and to take part in undercover activities”.  Here’s the text I’m talking about. 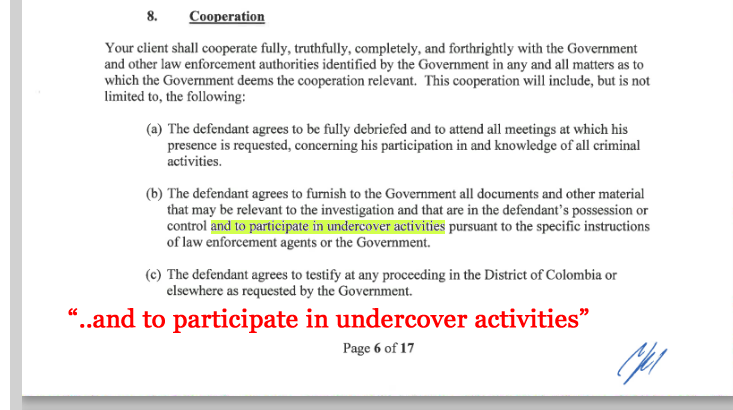 You can read the entire plea agreement here, but Section 8 definitely makes Manafort a potential undercover agent for the  Government.

Another interesting part of the agreement is that there is no language preventing Manafort and his legal team from giving information to President Trumps team.  Why wouldn’t that be included as a condition of the deal?  Well, it’s possible it was left out because Mueller and his team actually wanted that to happen.

That naturally leads to this question. Why exactly would  Mueller want Manafort to share information with President Trump? Of Course, if you are laying out a perjury trap, this would be just the kind of thing you would do.   Robert Mueller would love to get bad information to Trumps team to see if they would try to confirm that lie.

Would A Perjury Trap Work

I don’t think if the only thing Mueller has on Trump is a perjury trap, he’d be impeached.  It would take more than that, for sure.  If, however this is just another example of a long line of crimes that Mueller can prove, Trump may be in trouble.  Trump would be in hot water if Mueller tricked him into lying, if there are other factors.  We don’t know all the questions Trump answered. For example, if he lied about something insignificant, he’ll likely be ok.  If, however it was more than a little white lie, the Senate might just have to be the jury in an impeachment hearing.