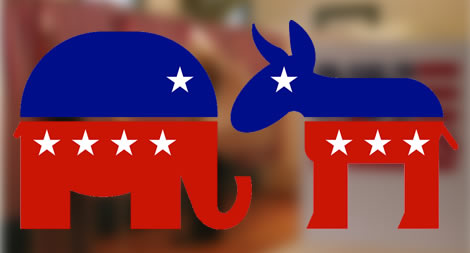 As we draw closer every day to the 2020 elections, I wanted to discuss who might control the Senate in 2020, Democrats or Republicans.  There will be 33 seats up for Senate Election in 2020, and 21 of them are seats currently held by Republicans.

With over 2 out of 3 positions up, Republicans may be in a more precarious position than usual, but that by no means equals an easy bet for a Democratic route.  There are several factors that will determine who will control the United States Senate in 2020, and just because there’s a lot of Republicans on the ballot then, that does not guarantee that they will loose control of the upper house of Congress.

If you want to bet on the 2020 election, click here to sign-up with bovada, our #1 Top Rated Political Betting Website, and get the best bonus now!

Political betting is a risky endeavor, so before you start wagering, let’s talk about the landscape, and further down, the analysis.

Let’s start out by eliminating the safe seats for Republicans.  Alabama (the candidate will be determined by who wins the Special Election to replace now AG Sessions later in 2017), Arkansas, Idaho, Kansas, Mississippi, Oklahoma, South Carolina, Tennessee, Texas, West Virginia, and Wyoming. That means that at least 11 of the 22 Senate Seats up for grabs in 2020 will  remain safely in Republican Hands.

At the time of this writing, we here at Betting Trump believe there are 4 Senate seats that are currently held by Republicans that will remain in G.O.P.’s hands, but aren’t what we would call “safe” seats.  Those Seats we’ve deemed “Leans Republican” are Alaska, Nebraska, Georgia and Kentucky.  If these elections were held today, these would likely remain in Republican hands. We don’t say that they are safe because there have been some tight statewide races in these States in the recent past.

Finally, we need to take a look at the Senate Seats up in 2020 that, as of the publishing of this blog, will likely be competitive.  It’s really early, so it’s impossible who will be running; some of the incumbents may not run, the Democratic challengers have not been chosen, and it’s impossible to measure the mood of the country 3 years out.  That’s why I’m only listing the party seats, not the current holders.  For instance, in North Carolina, it’s possible that the current Senator up in 2020, Thom Tillis may decide not to run.  That being said, I do believe that no matter who the candidates are the following Currently held Republican seats will likely be in play

In our estimation, that puts 7 Republican held seats currently in play in 2020.

Democratic Seats in play in 2020

Of the 9 Democratically controlled Senate seats up for grabs in 2020, we’d wager that the following seats are in play

At this time, the Michigan Senate Seat, currently held by Gary Peters, will be in play. If the election was held today, I’d bet that the Republicans would take this, but again, 2020 is a long way off.  A lot can change in 3 years, especially politically.  Did anybody think we’d be talking about a President Donald Trump back in 2015?  I’m sure there were some outliers, but for the most part, nobody thought he’d run then, much less win.  Heck, Trump has even admitted he didn’t think he’d win ON ELECTION DAY.

Speaking of President Donald J. Trump, he’s the real elephant in this room.  Many of the seats up for grabs will be won or lost based on support for Donald Trump when the voting begins. If The President can keep his base with him, the chances of Democrats taking the Senate in 2020 are a lot lower than they will be if his base has abandoned him.  He’ll likely be running for re-election then, and if he can bring out those voters that hadn’t voted before (or in years) the 2016 election, he’s going to pull some of those races Betting Trump think is up for grabs into the G.O.P. side of the aisle.  If he’s turned his base, and the Republican Party (further) against him

At this time, the best analysis we here at Betting Trump can share is that it is likely, though not very likely that come late January 2021, the Democrats will have a small majority in the Senate, simply because of the number of competitive seats that are up for grabs in the cycle.  If you have any insights, feel free to share them below.