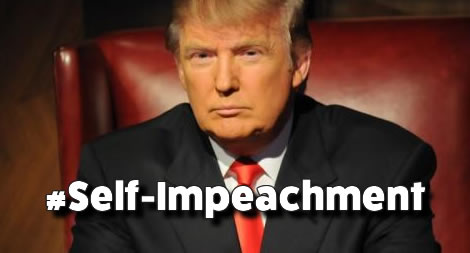 Share
Tweet
Share
Share
Email
Comments
If you want to bet on Trump’s imminent resignation, visit Bovada (my most trusted sportsbook for US residents) and place your bet before the odds change.As news hits that The Special Prosecutor Bob Mueller has joined forces with the NY Attorney General’s office to consider prosecuting Paul Manafort on the state level (preventing a pardon), the questions have started.  What could cause Trump to resign soon?

The chances seem to be getting better every day.  Trump has been using Pardons as a potential check against testimony against him by his current or former associates.  With Moulder  moving into possible check mate position, President Trump could certainly resign very soon.

Trump To Resign Soon Enough To Save Brand?

Donald Trump is nothing if not brand conscious.  He may not care whether the people love him or hate him, as long as they buy his Apartments and join his clubs.  One thing that could cause Trump To Resign Soon would be something that could put the Trump brand in jeopardy (although I personally think that horse has left the gate on that one).  If Trump thinks the damage to the Trump name is about to be irrokavilily damaged, I think Trump would bail quickly.

Lets face it, most people never thought Donald Trump would win the Presidency. He probably thought he could run and loose and then build Trump Tower Moscow and grow his fortune and business legacy.  Now that that’s gone, the only people that wouldn’t be repulsed by a Trump Tower in Moscow would be Russians who would be laughing at the U.S. from the balconies.

Failed Political Power Could Cause Trump To Resign Soon.

Trump has gotten little done in his first year in office.  He has boasted about his accomplishments, though he’s never been able to list more than a few.  His healthcare push failed miserably. Although he’s blamed  Congress, denying his part in the debacle is malpractice. He never really got behind it. The same thing is likely to happen with Tax Cuts.  He’ll go on a campaign tour and talk about CNN, and when it fails, he’ll blame the media. And the Republicans.  And the Democrats. Definitely John McCain.

Trump will get tired of fighting loosing battles. He’s already said that Presidenting was harder than he thought it would be. It’s getting harder every day.

Right now at Bovada (our most recommended political betting book for U.S. Residents), the oddsmakers are giving -110 odds on a Trump resignation. That means a $100 bet will earn you a $190.91 payout if you win. That’s right, you’re seeing the oddsmakers giving  Trump a 52.38% chance of resigning.  You can also bet on Trump Impeachment. If those odds are appealing to you, join bovada now and place your wager
Hi I'm The Notorious CDG, this is my website and I like to bet on politics. You can bet along side me at my favorite political betting site Bovada . If you sign up now you can get up to a free $250 bonus. Learn more about Bovada here in in my review or see my short list of best political betting sites for USA here.