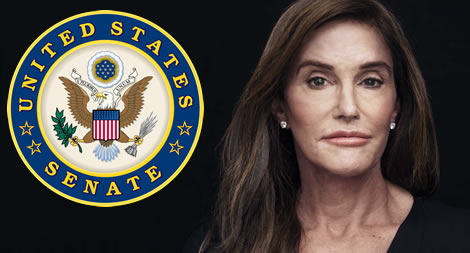 The internet is on fire with talk that Reality Star Caitlyn Jenner may throw her hat in the ring for the 2018 Republican nomination for California’s Senate seat.  “I have considered it. I like the political side of it,” Jenner told a Los Angeles radio station on July 16th. 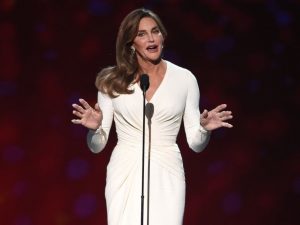 Caitlyn Jenner May Run For Senate in 2018 – Betting Trump

The transgender, Trump voting, and former olympic champion has been outspoken about her conservative views (she supported Ted Cruz in th 2016 G.O.P Primaries), and she’s got as much, if not more, name recognition than current Senator Diane Feinstein (D), who’s turning 80 soon, by the way, and several candidates, from both parties have either declared or shown interest in the seat.

If you’re a betting person, would you be willing to wager whether or not Caitlyn Jenner will run for Senate in 2018?  If you think she’ll run, the odds are against you.  As of the publishing of this blog, the vegas bookmakers have set the odds in a way that they believe she won’t run.  For instance, if you think she will run, you’ll put $130 in your pocket for every $100 you wager.  If you think Jenner WON’T run, you’ll only win $62.50 for every Benjamin you’re willing to risk.

Here’s an example of where I think the oddsmakers are wrong.  I personally believe she will run, and it’s not because she thinks she can win.  She can’t.  She’s a Trump supporter that’s living in a State that just saw Hillary Clinton beat now President Trump by over 4 million votes.  A Republican hasn’t won Statewide office in Cali since the Governator (Arnold Schwarzenegger) won a 2nd term in 2006. Gary Coleman and Mary Cary both ran for Governor in 2003

Jenner could use the campaign to raise awareness for LGBT issues, or whatever cause she wants to promote, and if she gets the Republican nomination, she’ll make history as the first Transgendered person to win a nomination for statewide office in the Country.  That’s the kind of notoriety Jenner seems to like, even if she knows (as I’m sure she does) that she can’t win.

For decades, Jenner has loved the spotlight.  If she runs for Senate in 2018, she’ll get more publicity than she probably ever has, and that’s saying a lot, considering she’s an olympic champion and the best known Transgender person in the world.

Diane Feinstein will, of course as the incumbant, be the odds-on favorite to hold the seat.  While we’re talking about betting politics, those are some odd’s I’d consider going up against.  She’s 80 years old, and considering Tamela Harris’ recent win, Californians are likely starting to look for younger candidates with more energy.

“I have considered it. I like the political side of it,”
-Caitlyn Jenner