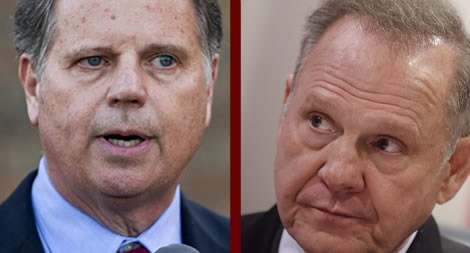 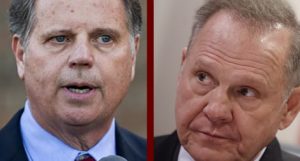 You can now bet on the U.S. Senate race, and if you can’t make it to Vegas by Tuesday, that’s okay.  Many online casinos are taking wagers on which candidate will win the 2017 Alabama special election.  Ladbrokes, Paddy Power and others will take your money in Europe, but won’t allow U.S. players to bet on the Alabama Senate Race.  However, other online sportsbooks like BetOnline do take wagers from American based players.

Bet now with the best betting odds on the AL Senate Race – Get a bonus here.

Whether you want Roy Moore or Doug Jones to win the seat, that might not be who you think will win.  Do you have a keen political eye?  Think you have an uncanny ability to pick election winners?  If so, the 2017  Alabama Senate race still might be a challenge for even the most seasoned armchair prognosticator. 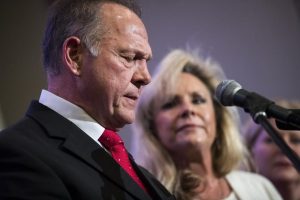 I don’t care what the polls say, this race is about one thing; Turn-out.  If Doug Jones, a former U.S. Attorney can get his base, particularly the minority and women vote, he’ll win.  Jones will need a mid-cycle level turn-out, I believe in order to secure the seat.  Since Roy Moore has a naturally larger base, the impetus is going to be on Jones to get his supporters to the polls.

Roy Moore, however, has a larger natural base, a President that’s popular in the state campaigning for him, and the Right Wing media colluding to minimize the sexual perversion claim of several women.  The Republicans are magnificent at turning the tables on their weakness and using it to their advantage, and even though I think it’s personally sick, they’ve done a better than expected job at keeping the base with him and even somewhat energized coming down the home stretch.

Betting Presidents analysis: Unless you start hearing about massive turn-out on election day, the best bet on the Alabama Senate race is probably Roy Moore.  Although the bookmakers agree with our assessment, if you disagree, you could collect a whopping $250 in wins for every $100 you bet.

Where To Bet On The Alabama Senate Race

Our top recommended site is BetOnline for the Doug Jones, Roy Moore Senate race.  They’re 100% legitimate and safe, and they allow U.S. players to deposit using bitcoin or even credit cards.  BetOnline has over a decade of online gaming experience and a stellar record of paying what they owe.  You can also get a great bonus when you join.

In conclusion, it doesn’t matter who you want to win. It’s who you think WILL win.  This is about real money and although you may have your heart with another candidate, you need to put your bet on the horse that you thing will win the race.  There’s not much time left for wagers, so act now.

More On The 2017 Alabama Senate Race

Breitbart article on the race